This article introduces the Feefo Zapier App which can be used to automate the feedback request process by easily connecting Feefo to the other tools and platforms used by your business with zero development effort.

How does Zapier work?

Zapier is an online automation tool which facilitates connections across its 750+ apps including Feefo, Salesforce and Zendesk to name just a few. Zapier allows you to define a workflow, termed as a Zap, which consists of an event (a Zapier trigger) and a subsequent sequence of steps concluding with the desired outcome (a Zapier action). An example of a Zap would be the trigger of a new contact being created within Salesforce resulting in the action of a Feefo feedback request being sent to the contact. 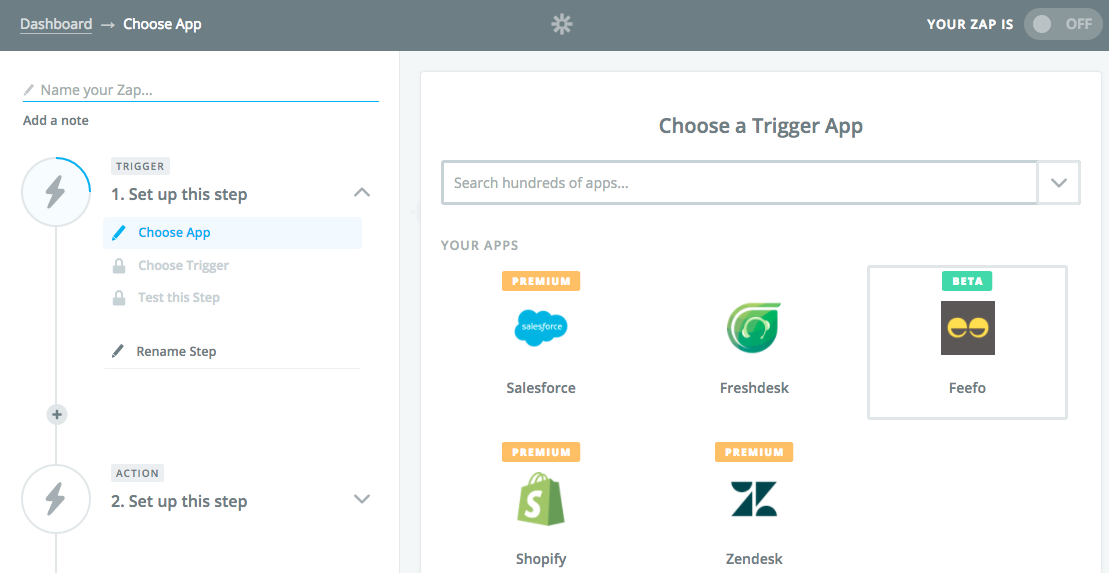 What triggers and actions are supported by the Feefo Zapier App?

The Feefo Zapier App provides support for one trigger and two actions:

How do I get up and running with the Feefo Zapier App?

Firstly consider if you need to use the Feefo Zapier App. Feefo has a number of inbuilt connectors to various eCommerce platforms which might suit your needs.

If you identify the Feefo Zapier App as your preferred route for integration, the setup prerequisites are:

Once you are ready to create your Zap you can either use a pre-built Zap template from our Zapbook or build one from scratch.